The Life of the Third Party Transceiver

The easiest way to conceptualize a transceiver is to imagine it being a pair of ears and a mouth, engineered and soldered together to form a small, mechanical part. Got it? Alright, well for the layman who couldn’t put that together—it goes by GBIC, mini GBIC, and SFP, and it’s the way your router, switch, or even server detect and transmit signals.

Now that we have that out of the way, let’s party.

First, let’s talk first party transceivers. It’s the same thing we just discussed with a nice, healthy portion of economics on top. So let’s break it down. The OEM (original equipment manufacturer) uses an ODM (original design manufacturer) to make their product. But, the OEM prefers that their product is 100% OEM (hint: it’s not), so they pay for that. And distribution. And a dealer. And everyone, and everything else in the middle. This model is something we’re all very conditioned to by now, but when it comes to transceivers, the markup is exponential. In some cases, to the tune of thousands. We won’t even break that down in percentage because that’s just overwhelming.

Now, let’s talk third party. Remember about 150 characters ago when we talked about the middle? Well, when it comes to third party transceivers, most of what we know as the middle is eliminated. So, you get a transceiver that lacks the big name but makes up for it with—well, the exact same product. Literally, THE exact same product. These are not counterfeit, nor are they knockoffs. These are the same products without the branding. And, when it comes to our third party transceivers, a plethora of SIRQ-IT modules—they’re fully OEM compatible, 100% reliable, lifetime guaranteed, and go through more rigorous testing than OEM transceivers. 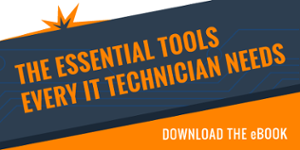